The original game took 6 hours, this is an updated build with ~10 hours more of work.

Pain Reaction is a difficult score-based top-down  shooter in which you fight off waves of slimes and turrets. Killing enemies with your very slow rockets causes them to spit out a last ditch attempt of success as they explode into bullets. These bullets can kill other enemies which leads to a the screen being filled with white projectiles, simular to the Shotgun Kin Enemies from Enter the Gungeon.

This game was made in 6 hours for the 82nd Trijam. I finished the main gamplay after about 2 and a half hours, but the Music, SFX, Balancing, Menu and Endscreen took another 3 hours to get right.

Feedback and criticism are greatly appreciated, as I want to release a polished version of this game on newgrounds soon.

By the way, press the P, R, O and X keys on your keyboard at the menu if you find the game to easy.

1 thing that would have made this much better is if you made it so you can hold it a bit to do more damage (considering how long it takes for enemies to spawn in).

I fucking love this game. Didn't participate in the jam but had to see what this was (in my feed). Your games always impress me Prox!

I appreciate it! Thank you! :D

I'm stunned that this got so much attention considering it was made in 3 days. *_*

B.T.W If you improve it a bit, add new enemies, more weapons, different characters, transitions, pause menu, and maybe different modes- maybe like boss mode, regular, endless, and just the characters exploding, you could release this on steam!!!!!!!👍👍👍

Haha, thanks! I don't think I will, but there already is an improved version with 2 new enemies and better balancing on newgrounds. I am going to release it here in a couple of days. :)

OMG!!! By far the best game of the jam!!! Props to you 👏👏👏👏!!!! Everything feels so nice!!!!!! I reallllllllllllly like this game! Is there anyway you can make a downloadable version??? I would deeply appreciate it! :D

Thanks! I am going to release downloadable Versions after the Jam. :)

There's a little "bug" : When you get killed the game keeps playing so in "PROX" mode the enemies keep getting killed by their own bullets and spawning more bullets which increases continiously my score after I got killed.

Thanks for telling me. I implemented that last minute haha.

I really like the game itself. It's look very polished and made in short amount of time.

There is a lot you can do there with that. And at some point it's a bullet hell when there are a lot of enemies and they die in a delay time. But it adds to difficulty, so at some point you don't want to kill them one by one.

But i'll swap the appear animation with death animation, because for me, it's more obvious when somehting is about to explode and more fitting. And when the enemy die, you could just make it bland and maybe animate.

Thanks for the feedback! I am still going to work on the game a bit and those are definitely some of it's biggest issues. :)

Real fun gameplay, movement, shooting and the overall presentation feels really polished. Amazed by what you did in just six hours. I think if you would expand on the delay idea a bit more this could make for a good mobile game.

Thanks! I totally agree with that! It's not all that accurate to the theme at the moment. :) 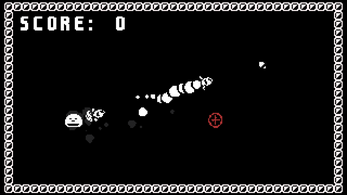 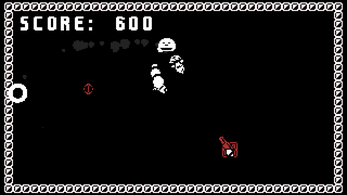 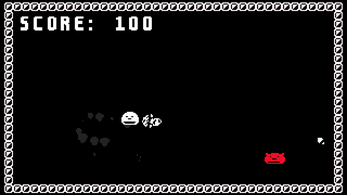 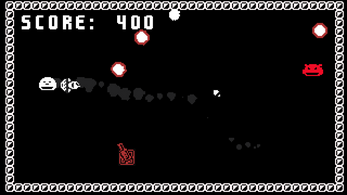